Oyo Rooms is the largest branded network of hotels. Currently, OYO rooms are operating with more than 450,000 listings in almost 5,000 cities across India, Malaysia, UAE, Nepal, China, and Indonesia. The man behind the great startup which is popular as OYO Rooms of Oyo rooms is Ritesh Agrawal. He was born in Bisham in Cuttack, Orissa in the year 1993 on 16th November. Oravel Stays Pvt.Ltd was Ritesh Agarwal’s first startup. Some Problem Faced by OYO were High Cash Burn, Standardization, Competition, Malpractices. It acquired Novascotia Boutique Homes on Sep 28, 2017, AblePlus Solutions Pvt. Ltd. On July 10, 2018, Weddingz on Aug 13, 2018, Innov8 Co-working on March 15, 2019, Qianyu Islands on March 26, 2019, Leisure Group  on May 1, 2019OYO has got 12 funding rounds until now.In which it has raised for about $ 1.7B. Full Detail in Blog.

Out of total rooms booked via OYO rooms,

28 per cent of people book Oyo rooms after they get into a new city.

36 per cent of people are business travellers.

Another 36 per cent is made up of couples.

Oyo Rooms is the largest branded network of hotels.

Currently, OYO rooms are operating with more than 450,000 listings in almost 5,000 cities across India, Malaysia, UAE, Nepal, China, and Indonesia.

WHATS IN IT FOR YOU?

The man behind the great startup which is popular as OYO Rooms of Oyo rooms is Ritesh Agrawal.

Ritesh Agarwal was born and brought up an in a middle-class Marwari family.
He was born in Bisham in Cuttack, Orissa in the year 1993 on 16th November.

Ritesh started his entrepreneurial journey at the age of 17. He dropped out of his college, in the year 2012, in the same year he launched Oravel Stays Pvt.Ltd.

Oravel Stays Pvt.Ltd was Ritesh Agarwal’s first startup. He designed this company for customers to enjoy the platform for enabling listing and booking of budget accommodation.

Being a passionate traveller, he soon realized that the budget accommodation sector lacked many things.

Therefore, in 2013 he transformed Oravel to OYO Rooms with the key vision of offering affordable and standardized accommodations.

Undoubtedly, he achieved so much in such a short span of time.
He is a great inspiration for the people who believe success is earned only after one has years and years of experience.
Hence, his achievements are worth knowing.

Achievements of  Ritesh Agarwal
Ritesh Aggarwal, at the age of 24 was India’s biggest entrepreneur.
He has won many national as well as international awards.

I have mentioned a few awards that he has won :

Oyo’s earlier strategy was to book some of the rooms of the hotel’s inventory.

Then, they used to apply uniform standards and develop user’s friendly environment in the hotels to maintain it as per the quality standards exclusively for Oyo customers.

OYO gets a heavy discount from the hotel owners as they book rooms in advance for the whole year.

Then they allow customers to book the rooms from an online platform under the name of OYO rooms.

The benefit to hotel owners was that they got bulk bookings in advance.

The benefit to customers was that they got high discounts.

Let me explain to you by an example:-

There were many challenges faced by OYO rooms based on their hotel aggregator business model.

Let us discuss some of the major challenges faced –

The New business model of Oyo Rooms is Fully stack and Franchise Business.

It’s just the company doesn’t lease the hotel rooms anymore, but now it asks the hotel partners to operate them as a franchise.

They have partnered with hotels and made them work with them under their name.

The founder and CEO Ritesh Agarwal says – “Oyo now gets over 90% of revenue from hotels under franchise model”.

Till now OYO has 6 acquisition.

FUNDING ROUND AND AMOUNT

OYO has got 12 funding rounds until now.
In which it has raised for about $ 1.7B.

They got their latest funding on Apr 1, 2019, from a Series E round.
Airbnb Invested for about $ 75 Million in OYO.

OYO is ranked 9,303 among websites globally.

MANAGEMENT AND THE CORE TEAM

The strategy adopted by Oyo

You might have thought about the strategies implemented by OYO that, made it so successful.

Let’s discuss the strategical approach of the brand OYO ROOMS.

To maintain its ranking and perform above all its competitors, OYO focuses mainly upon mass retention and acquisition.

Oyo knows the power of Social media. Hence, it is very strategically using all the platforms available for social media coverage.

They target mass potential customer based on their behaviour, interest and many other factors which are readily available via Digital Marketing.

The company claims to have over 1.5 million app downloads with a very good number of active users.

The brand actively participates into several social media campaigns such as –

OYO with a new business model also came up with new verticals.

The services included in the Oyo Rooms business model are –

Now, Oyo Rooms has started leasing or franchising of hotels and places where they have full control over all the operations and day to day activities of these places.

OYO has also started serving rooms and banquets for family functions like (weddings, parties, etc) as well as for the corporate which involves hotel rooms for their guests to stay for long.


OYO is also stepping into the renting of commercial places.
Now the customers can also book office spaces via OYO.

The Brand also has started some subscription plans for customers where the subscribers can get exclusive deals and discounts.


To stand out of the competition and retains  its value proposition in terms of standardized
hospitality and quality,

The Brand has recently launched the Oyo Townhouse.

Each OYO Townhouse is designed to complement its neighbourhood. OYO has undertaken complete operations of these Townhouse units along with interior and exterior re-engineering.

The concept of Oyo Townhouse is based on the needs of the millennial traveller.

The company is claiming that this townhouse network is its fastest-moving network and will include more than 400 Townhouse properties by the end of 2019.

Does OYO allow unmarried couples in the hotel?

Yes, OYO allows unmarried couples into the hotel based on some ID proofs.

2. Which OYO room is safe for couples?

Every room in the OYO is legal and is safe for the couples as they need an ID proof to get in the hotel and they can live without any issue.

3. When OYO was started?

It was started on May 21, 2013, by Ritesh Agarwal and the business has been running from 2013 by connecting more and more hotels.

OYO (ON YOUR OWN) was started by Ritesh Agarwal on May 21, 2013 and the headquarter is located at Gurugram.

The full form of OYO is ON YOUR OWN which defines that you can choose your own room and live.

It’s just the company doesn’t lease the hotel rooms anymore, but now it asks the hotel partners to operate them as a franchise.

The New business model of Oyo Rooms is Fully stack and Franchise Business. 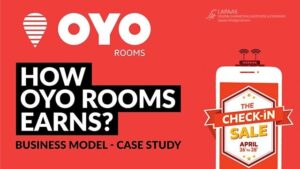